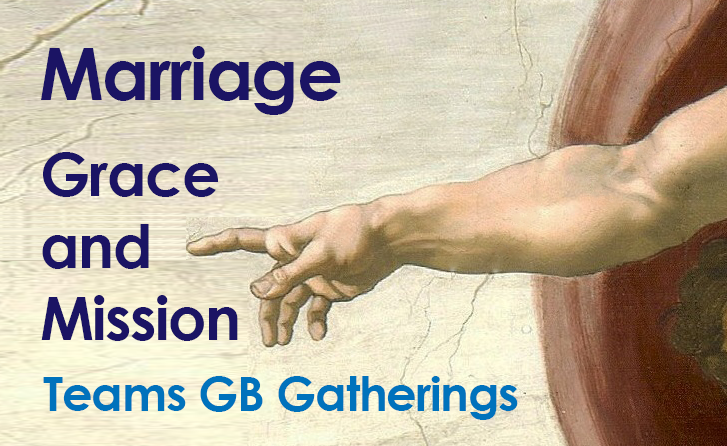 Our Gatherings for 2020 took place online.  The three regions held gatherings on the Saturdays from 26th September .. to October 10th;  nearly 200 teams members participated.  The highlights of the Gatherings are below.

Canon John has been a Teams Chaplain for 25 years first in Northampton then in (or adding) a Team near Birmingham.  Cn John is Spiritual Director at Oscott Seminary.

Mass, said by Fr Liam O’Donovan, Trans-Atlantic Super Region Chaplain, from his parish of Our Lady of the Visitation in Greenford, Middlesex

Cn Gerard has had a long connection with Teams and has been Southern Region Chaplain.  He is Director of Vocations for the Diocese of Portsmouth and his parish is St Michael and All Angels in Leigh Park, Havant.

Presentation by Fr Nick Kern of  Our Lady Queen of Peace, Wythenshawe;  Fr Nick is parish priest and team leader.  He has previously given retreats to Teams members

Update from the Trans-Atlantic Super Region

The method used in Teams for direction and decision is to engage with the whole movement through a structure of Sectors and Regions, with a Leading Team commissioned to serve for a period of 6 years.  Therefore the direction is established and the whole movement works to achieve the aims; with the power of the Holy Spirit, the efforts are fruitful and so leaves a lasting impact on Teams Couples and those we meet.

Arising from the Gathering, we will offer mixed Teams on a regular basis for those who cannot gather with their own, or who simply wish to join in a mixed Team.  This will be using Zoom and the small group ‘breakout rooms’.  Please register using the form below to receive the link to join.